Main character and the equipment system

Main character and the equipment system

In TribalPunk, Main character (MC) is a special Companion: 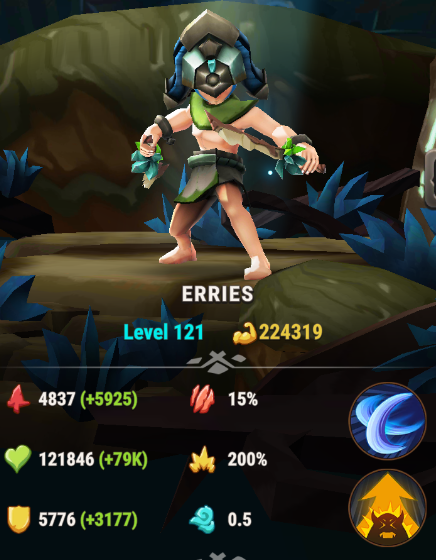 It is these special characteristics that make MC always the key to victory in every war. Among them, the equipment system is the most outstanding feature, making the strategies in the game diverse and not tied to any framework.

Items that can be used by the MC include Weapons, Armors, Headgears and Trinkets. Each item includes many different types, just changing one of them can completely change the gameplay of MC, as well as the arrangement of the squad.

Weapons are MC's class-changing equipment, using which weapon determines the MC's playstyle based on that weapon. In addition, each weapon will have its own skill that also plays as MC’s active skill.

Weapons have a common stat: Increases 10% attack for the whole team, increasing by 1% each time it is enhanced.

All Weapons (Skills section will describe the weapon's properties when reaching tier Common/Uncommon/Rare/Epic/Legendary):

Headgear has a common stat: Increases 10% Hitpoint for the whole team, increasing by 1% each time it is enhanced.

Armor increases the Defense stats of the whole team. Depending on the type of Armor, there will be different basic Defense stats, increasing by 1% each time it is enhanced.

Each type of Armor will provide a passive skill that helps the MC increase their combat ability when combined with the skill of the weapon.

All armors (Skills section will describe the weapon's properties when reaching tier Common/Uncommon/Rare/Epic/Legendary):

Trinket is the final equipment that makes up the equipment set for MC. Trinket will provide basic stats for the team depending on the player's choice.