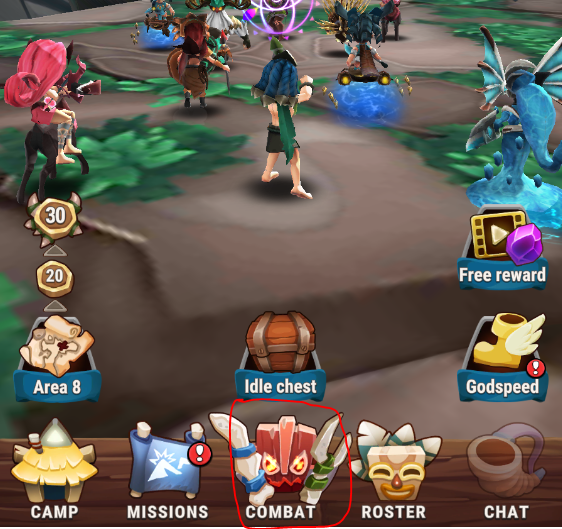 Combat Mode is the first game mode the player can participate in Tribalpunk. In Combat mode, players will command the Companions to confront the army of Gods to protect their homeland.

(Use to level up the Main character and Companions), Meats

(Use to level up Player levels) and Power Essences

(Use to level up both the Main Character and his Companions' levels at specific level marks). The higher the Area and Stage the player has reached, the higher the rewards. 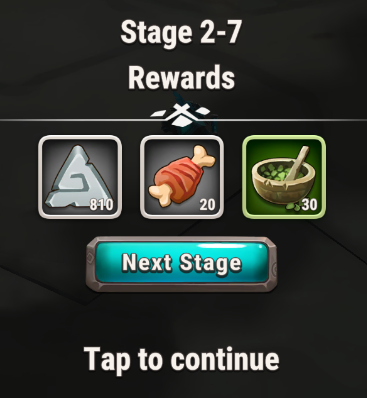 When completing an Area or Stage, the player will receive an amount Shiny Ores

. This bonus will increase as the player reaches higher areas. 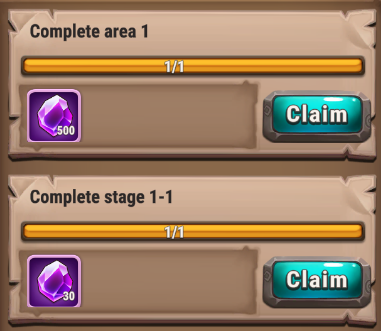 When completing any Stage, resources in that area will be automatically mined and transferred to the Idle Chest. Progress to collect materials will be displayed at the bottom of the chest and players can collect anytime they want. 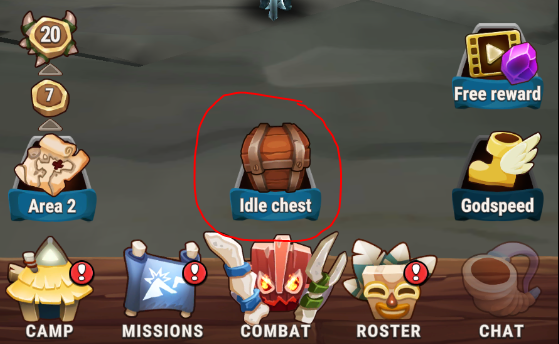 But remember the capacity of the Idle Chest is limited, if the maximum capacity is reached, any extra collected resources will be wasted. This capacity will expand according to the player's VIP level (VIP level can be increased by leveling up the player or buying Daily, Weakly or Monthly Deals). 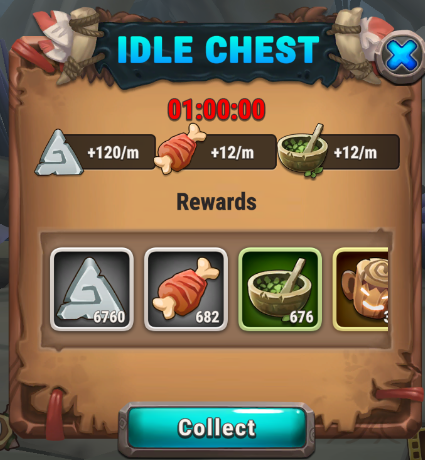 The Shadow Hunt mode is unlocked when the player completes Stage 2-5, which opens in the Mission function.

In this mode, players will use their strongest Companions to fight a powerful Nemesis for 1 minute. There are a total of 5 Nemeses for players to challenge, each Nemesis will have its own opening time by day including:

used to exchange equipment boxes at the Shop. By default, when participating in Shadow Hunt, players will receive 500 Shadow Coins

and that reward will gradually increase each time the player deals a certain amount of damage to Nemeses according to certain damage milestones indicated by the hitpoint bar. The more damage you deal, the stronger Nemeses and the more damage they need to receive to reach the next milestone.

Mystic Towers will unlock when the player completes Stage 2-10. Players will use Companions to climb a multi-floors tower, each floor will have enemies blocking the way that needs to be overcome to get to the higher floor.

There are two modes of Mystic Towers: 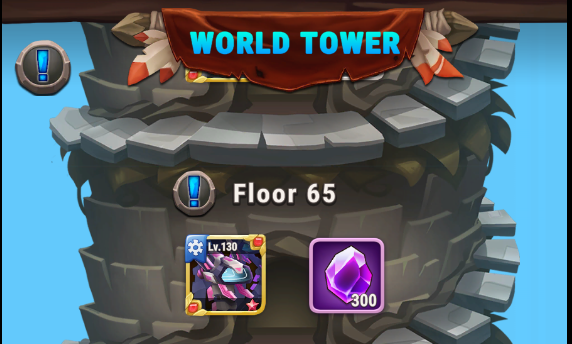 In the World Tower, players will fight the enemies of each floor to receive rewards and advance to higher floors. The rewards will be displayed directly at the interface of each floor. This is a great resource for players with attractive rewards like Metal Shards

Overall, Faction Tower gameplay is similar to World Tower, with only one difference that the Companions used must belong to the same Faction with the respective theme of the Tower (except for the Main character). 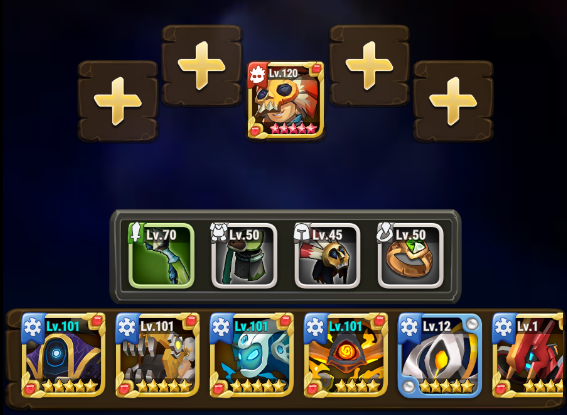 There are 3 Faction Tower: 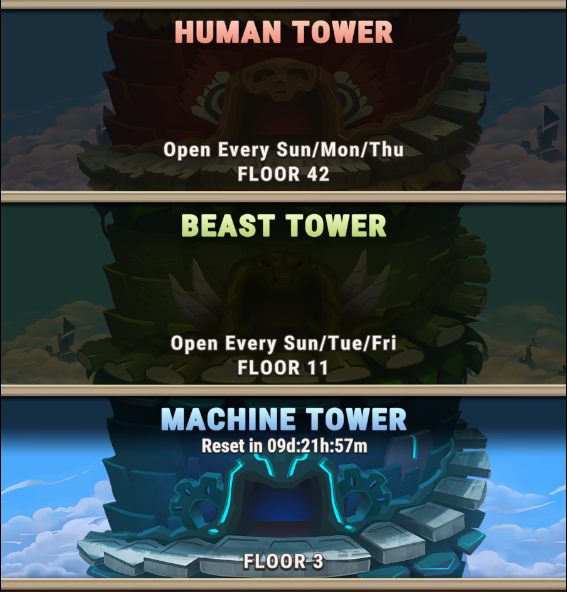